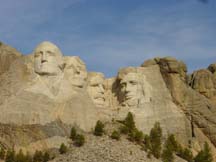 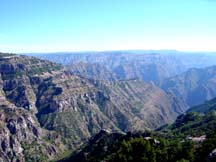 Our North American trips include Canada’s Atlantic Provinces, Canadian Rockies, much of the United States, and Mexico’s Copper Canyon and Cozumel

One of our goals is to visit every state and numerous National Parks in the United States.

South Dakota: In October 2005 we traveled to South Dakota, seeing the Badlands, Mount Rushmore and a number of National Parks

Michigan: In May of 2006 it was off to Mackinac Island in Michigan, as well as Pictured Rocks National Park

Copper Canyon: In November of 2005 we traveled by bus and train to Copper Canyon,  starting in Tucson, Arizona, stopping at Guaymas,  and ending in El Paso, TX.